CPC 2017 – Europeana is running half marathon 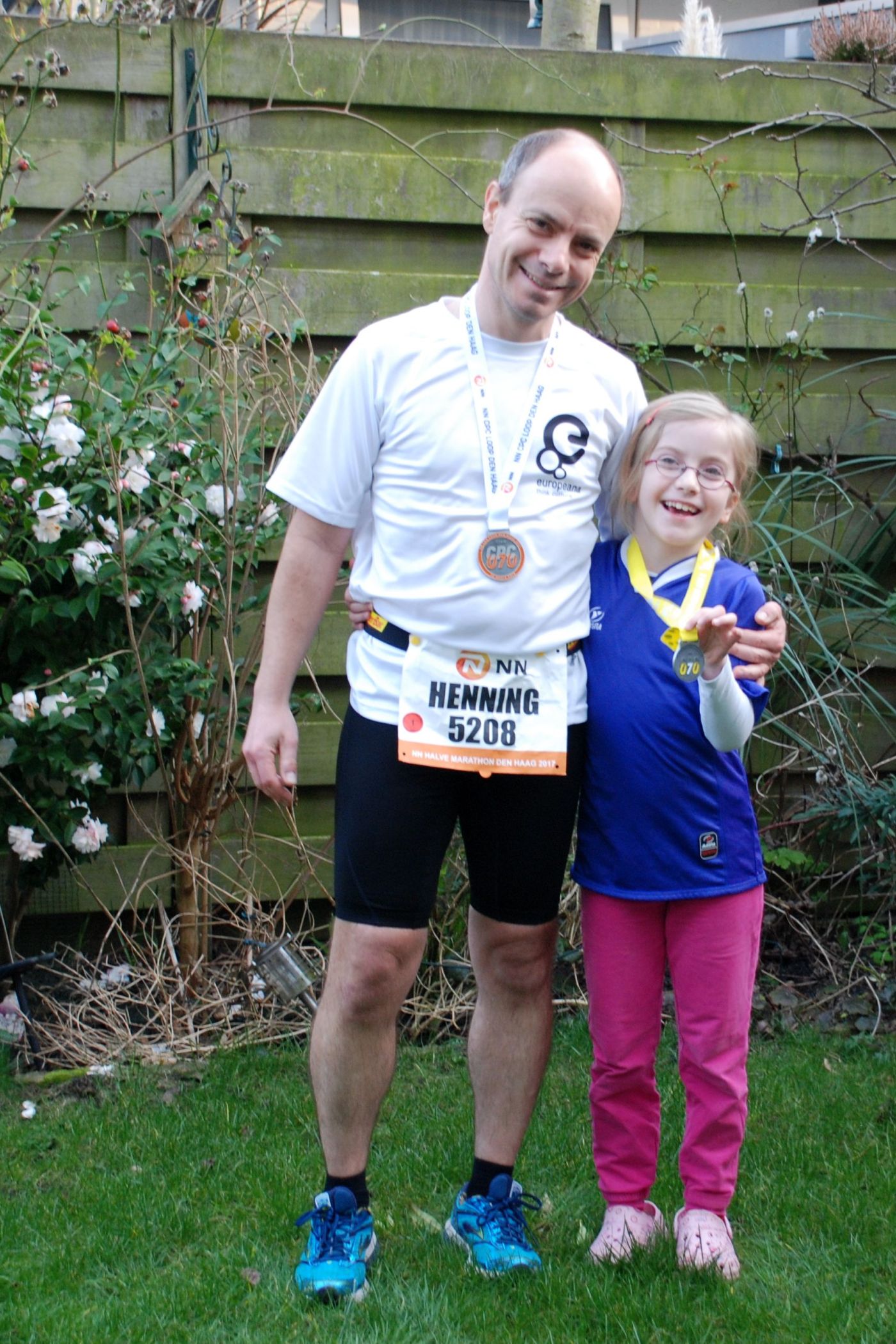 My first 20+km run after 11 years, not even in training I run a half marathon. That’s going to be a bit of an experiment. But I continuously improved my performance since last November and even signed up for the 1:45 pacemaker group. Not sure it’s really clever, but I’m gonna try, on a day that could not be better for an early spring day in The Hague. I’m waiting on the Malieveld for Nicole, the other Europeana staff joining for the half marathon. And it is so amazing, sun everywhere, warm, a bit of wind from the south, which is responsible for the fairly high temperature. As soon as the wind would blow from the sea it would be a lot colder.

I’m going with the pacemakers to the start, and although I signed up for the first start wave the pacemakers stay in the second wave. I’m thinking but decide to stay with them, even if that means to start 10 minutes later. But I never run with pacemakers and want to try if that really helps.

After the start it goes very slow, really crowded, good to get warm, but it means to speed up later to get the time back. I don’t see anything, try to keep pace with the pacemakers, try to avoid running into anybody, try to find gaps to be on my own – very difficult excercise. And then I begin to worry, how will the pacemakers deal with the first station where they serve drinks, will they keep running or slow down? Unfortunately they keep running, and even speed up right afterwards. I really push hard to keep up and follow them, but I’m getting exhausted after like 7 km, not a good sign.

Then we are approaching home, I try my best to get as close as possible to the top of the pacemaker group, ready for the next drinks. Thats like 200m away from my home, thats where I stopped last year and left the race, but this year I want to go on, and I’m faster than last year, 23:10 for the second 5 km, thats something. And the pacemakers keep pushing, no time to walk a lot and say properly ‚hi‘ to my family.

Two kilometers later I’m still on a 4:45 pace, but then someone is pulling the plug. Between km 12 and 13 my pace is dropping a lot and I loose the pacemakers, to fast. I’m struggling trying to recover a bit, crossing the bridge at Conradskade does not help, but the drinks afterwards. And then the pier is approaching, City-Pier-City, thats what the acronym CPC stands for. And just before the pier someone has a plate saying ‚pain is temporary, victory is forever‘. And it starts to hurt, really, and it goes a bit uphill with a bit of headwind, makes it worse, two long km to the Kurhaus.

Close to the Kurhaus begins the finish line, sort of, 4 km back to the Malieveld, more or less straight on. I’m fighting, my km average is fluctuating between 5:20 and 5:50. The 1:45 target is out of sight, but I’m still hoping to get back to the finish under 1:50. About 1 km before the end another Europeana face next to the road, cool, that helps, I try to find the last pieces of energy, while trying to keep the balance to not overdo it. To many collapsed runners and ambulances on the road. I don’t want to be one of them.

I hit the finish line just under 1:50 (1:49:21, place 3,119 out of 9,611 participants), at least, new personal best, the older the better, and I feel already how my legs hurt. I try to find Nicole, no chance, so many people, so many people. Although she is not far away, finished in 1:53. All very good at the first half marathon appearance of Europeana at the CPC. And another special thing, the kids run in the morning is my daughters first race ever, so we finish the day with two medals in the family. Julia is very proud, carrying the medal and the jersey all day long, well done Julia, and of course also well done Europeana staff. A perfect start in the season.

Official times recorded by the organisers:

My own records for the intermediates – on my way to Conradkade I lost the pacemakers and then had to fight to not loose it completely.